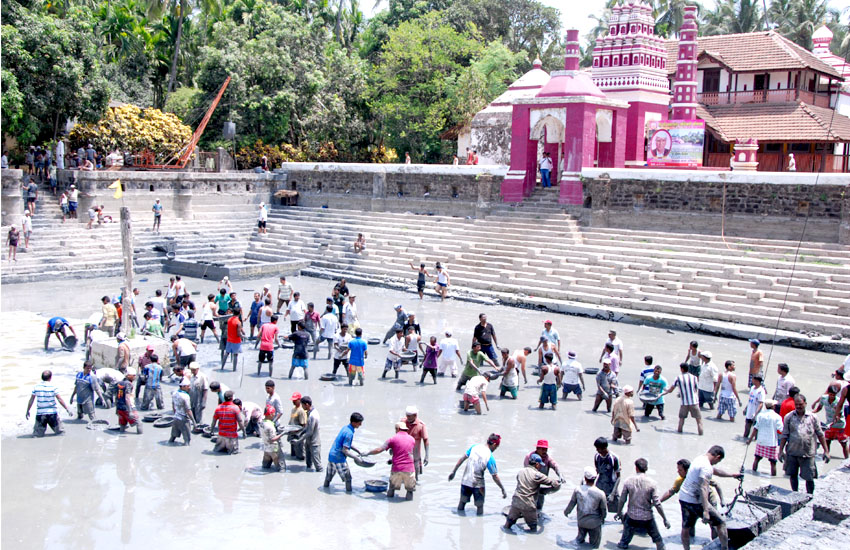 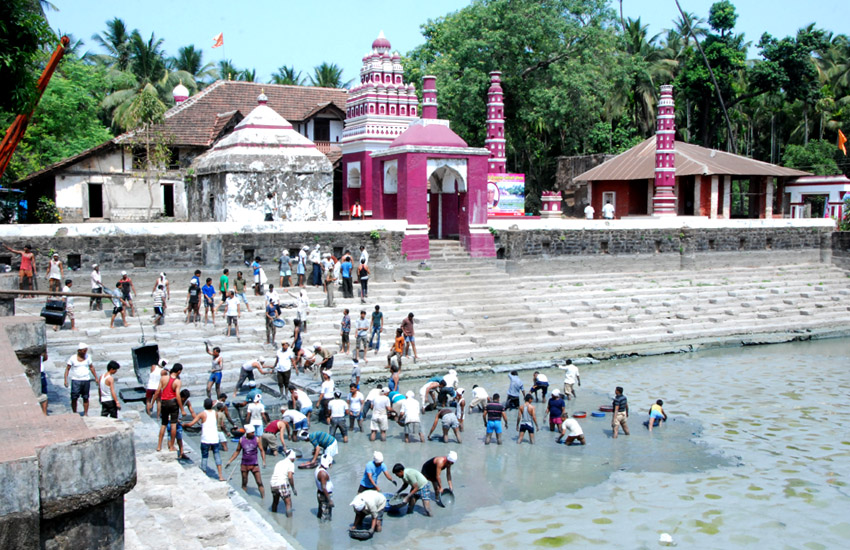 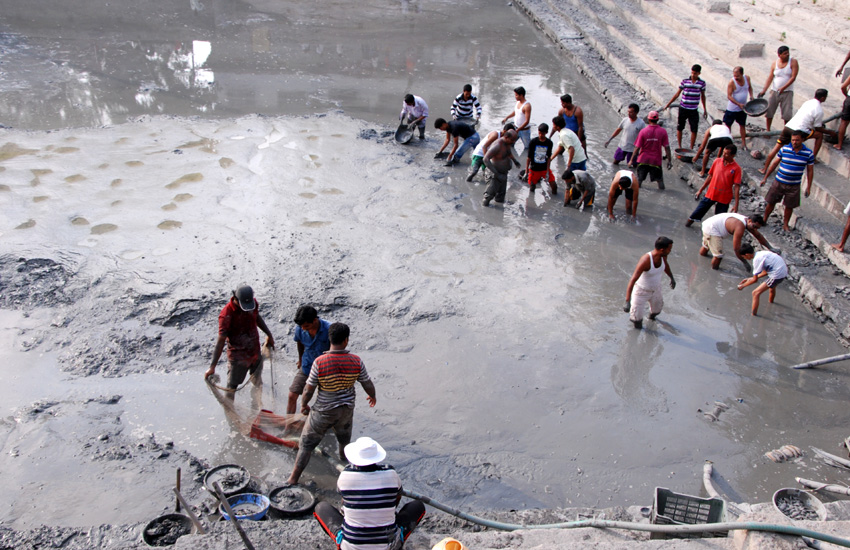 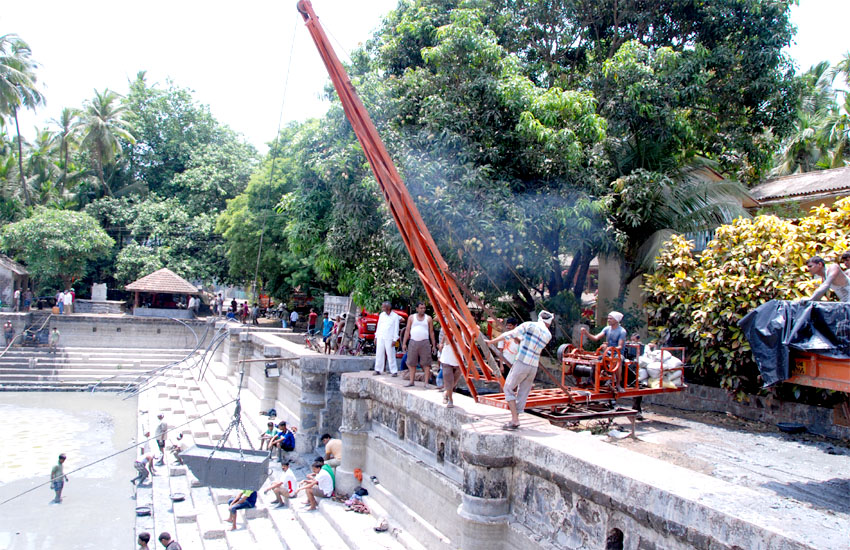 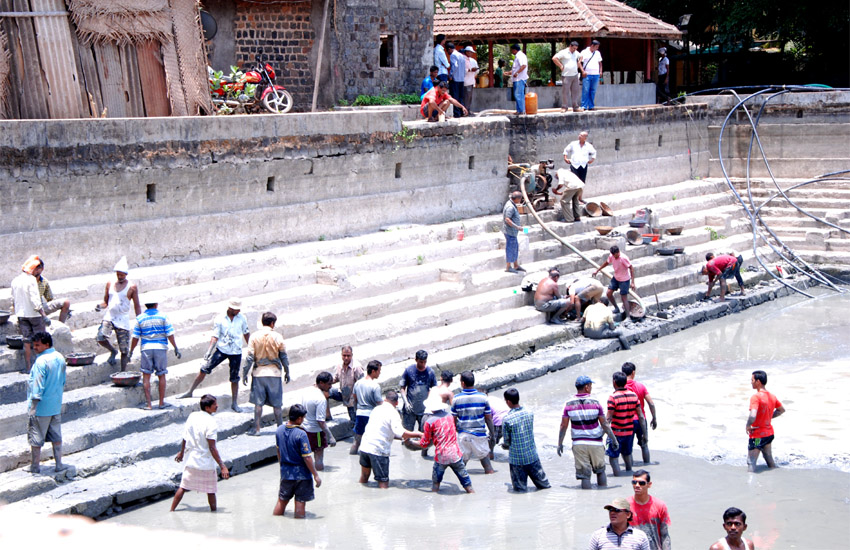 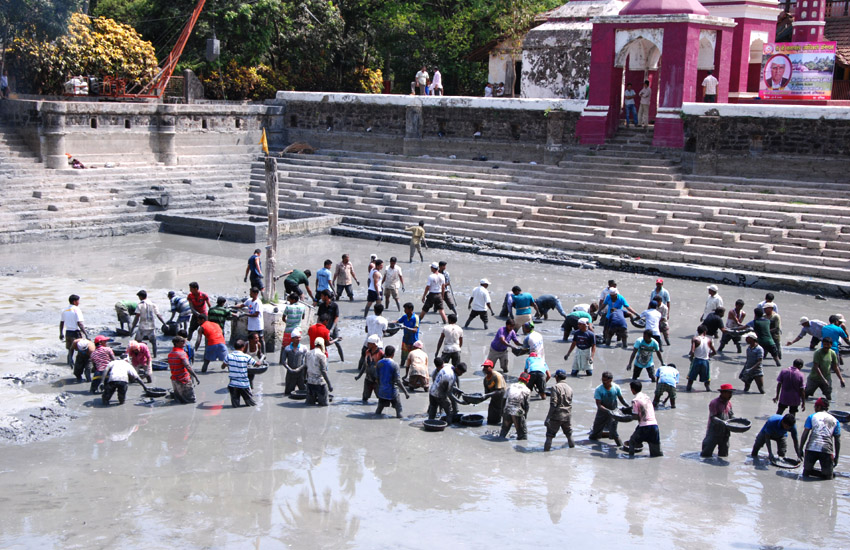 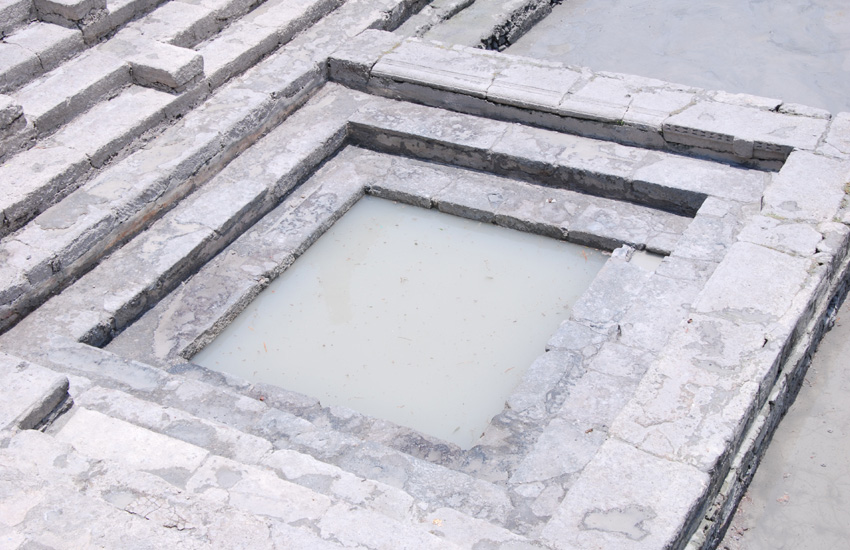 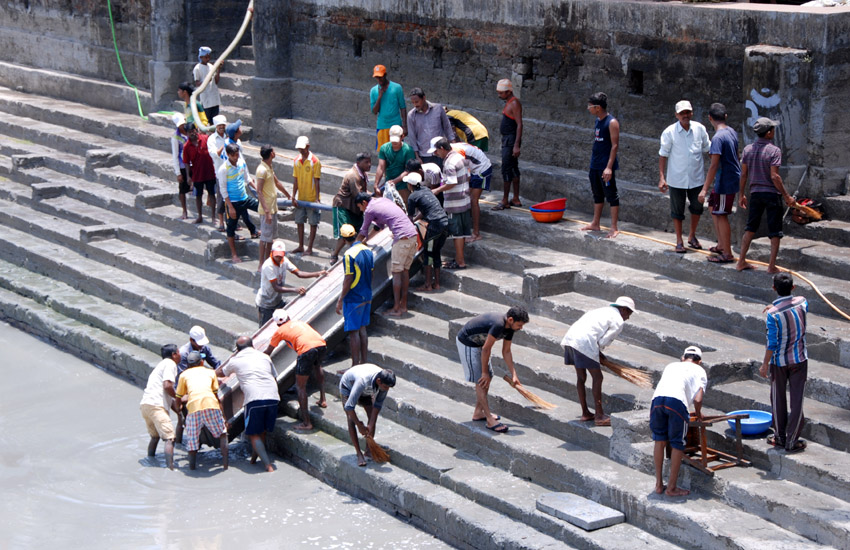 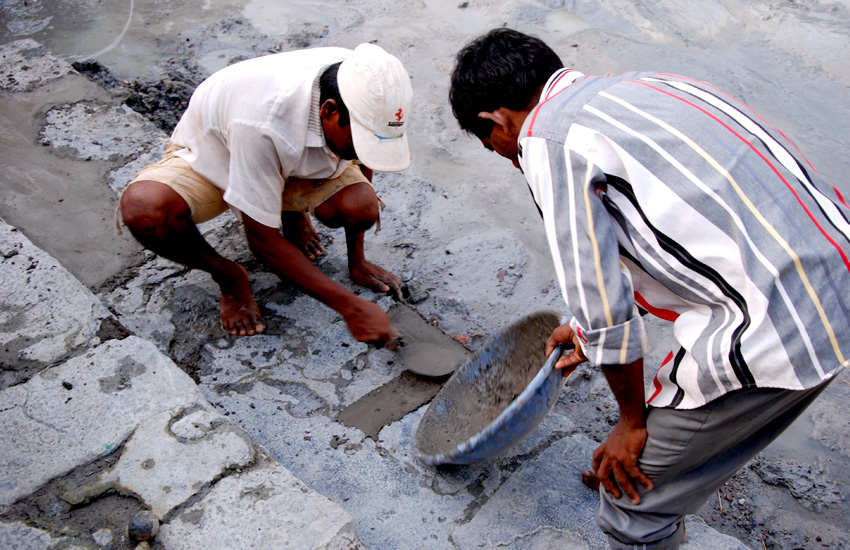 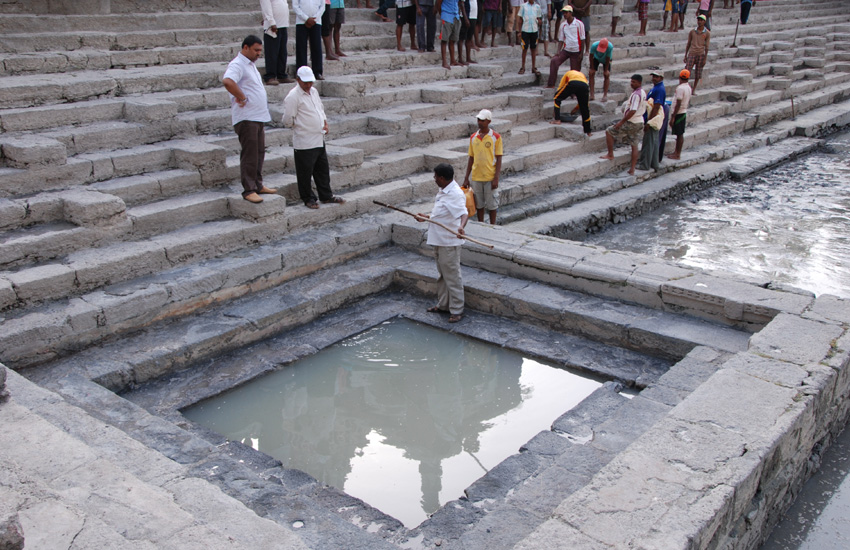 According to the letter dated 30.05.2015 issued by Group Grampanchayat, Chaul and another letter dated on 28.05.2015 from Shri Jayant Madhukar Joshi (Trustee of Rameshwar Devasthan, Chaul), the Pratisthan has undertaken the Herculean task of taking out slug and cleaning the Pushkarni in-front-of Shree Rameshwar Devasthan temple. The Cleanliness drive was scheduled from 30.05.2015 to 01.06.2015. The area of Pokharan (Pushkarni) is 10,816 Sq. feet. To remove the slug from this Pokharan, the Pratisthan had used 2 cranes, 1 suction tanker and 21 water pumps. The removed slug was transported by 8 Dumpers carried 170 rounds and 4 tempos carried 10 rounds. Total 500 brass of slug was removed and 10,00,000 litres of impure water was scooped out from the Pokharan with the help of 2,500 volunteers of Pratishthan. From the record it appears that there is entry of removing the slug from this Pushkarni was last done in the year 1793. In 1942 the pushkarni was completely shrivelled. Thereafter from so many years the slug was not removed. In year 1962-1963 one of the corners of Pushkarni was cleaned. After approximately 222 years Dr. Shree Nanasaheb Dharmadhikari Pratishthan, Revdanda’s many volunteers not only cleaned the Pushkarni but also renovated the age old steps of the Pushkarni by working for 24 hours in following period of 30th May 2015 to 1st June 2015. The residents of 16 villages near Pushkarni were astonished by enormous work done by the volunteers of Dr. Shree Nanasaheb Dharmadhikari Pratishthan, Revdanda. The entry of unique work done by the Pratishthan was taken in the record of Group Grampanchayat, Chaul. An appreciation bearing No. 1183 dated 15th June 2015 stating the same has received by the Pratishthan.